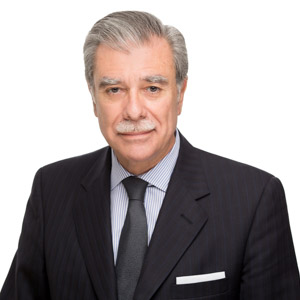 Previously, Secretary Gutierrez spent nearly thirty years with Kellogg Company, a global manufacturer and marketer of well-known food brands. After assignments in Latin America, Canada, Asia, and the United States, he became President and Chief Executive Officer of Kellogg in 1999 − the youngest CEO in the company’s hundred-year history. In April 2000, he was named Chairman of the Board of Kellogg Company.

Secretary Gutierrez joined ASG from Citi, where he was Vice-Chairman of the Institutional Clients Group and a member of the Senior Strategic Advisory Group.
Secretary Gutierrez was born in Havana, Cuba. He is married to Edilia and has three grown children.