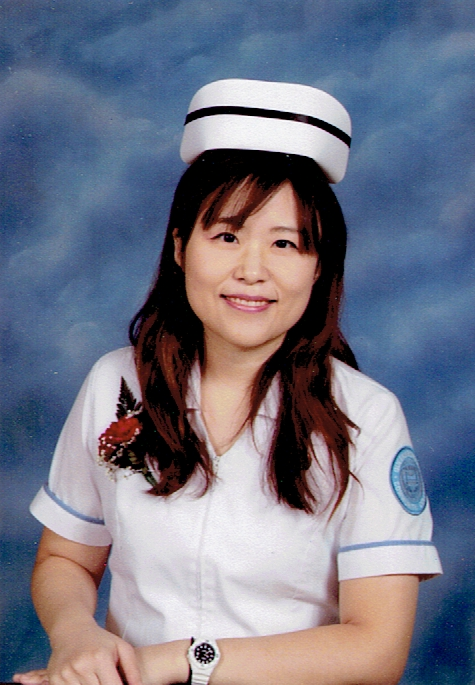 Though 30 year-old Grace Couch had to briefly put aside her dream of becoming a nurse, she has never given it up. Following stints at City College of New York and Queensborough Community College, Grace is now earning a Bachelor of Science in Nursing from Hunter College. Her journey to this point involved hard work, perseverance, and a scholarship boost to keep her on the path towards her passion.

Grace came to the United States with her family from South Korea when she was eight. Her parents decided it would be better to raise their three children in America after her father’s business failed. The family settled in Washington State. “At that time, my siblings and I were really young so my mom stayed home to take care of us and my dad did pretty much anything. I remember he used to work in the morning as [a] cashier and at night he worked as a cleaner,” she says. In a strange, new environment, Grace had initial trouble with adapting: “there were no Koreans in the part of Washington I went to. It was really scary and I even had nightmares about speaking English at that time.” However, as an open-minded child, Grace easily made friends and picked up the language quickly.

Her family eventually moved to New York, where high school posed another challenge for Grace. She says, “It was pretty tough because I went to a science high school and everybody was pretty smart there – it’s very academically challenging. And by the time I got to my junior [or] senior year, I didn’t see the point of studying…because I thought I couldn’t go to any college. I can’t get financial aid, I can’t get any loan.” She was always aware of her status, but didn’t feel the impact until she was applying to colleges.

Undaunted, Grace enrolled at City College to study biology and paid most of her tuition in cash. However, three years into her studies, she says, “I had to drop out because my dad couldn’t work anymore. And I can’t get a loan, I can’t get financial aid… So I started working full time until I [could go to] Queensborough Community College (QCC), about five years later.”

TheDream.US Scholarship faciliated her transfer to Hunter College and lifted a burden. “When I was going to [QCC], I was studying nursing, [which] is not exactly easy, and I had to work while going to nursing school. It was pretty tough. But now, I can really focus on my studying. My first semester at Hunter, I got an A in everything, which was really awesome,” she says.

A personal realization resulted from this entire experience:

[Before the scholarship] I didn’t think there was anything for DREAMers out there. I thought nobody cared. [Then] I learned that I don’t have to do everything myself. There are people who really want to help… And it’s not scary, it’s not embarrassing to ask for help when I need it… because that just means I have to help other people, later on. I have to repay the debt.”

In addition to the financial burden, Grace felt the weight of keeping her status a secret. She explains, “I didn’t reveal my status because I was so paranoid that someone’s going to report me and get me deported. So I never talked about my status with anybody, [not even] my guidance counselor… The fact that I can’t tell anybody about my problem, I felt really alone. I felt like even if I have friends, I couldn’t tell them my big secret.”

Things turned around when President Obama introduced DACA. She says, “After we got the DACA status, I felt like a weight lifted off my shoulders. Now, I don’t mind telling everyone about my scholarship, my status, my struggles.”

She goes on, “I’m really shy – I don’t like public speaking. And my whole life, I’ve been hiding.” However, in May 2015, Grace took the chance to come out of hiding when CUNY hosted a Chancellor’s Reception for TheDream.US scholarship recipients. There, she shared her inspiring story with quite a large audience of her professors and peers.

Now, as a licensed nurse, Grace has made her family incredibly proud, and is planning to go after a Master’s degree. She is well on her way to achieving her dream of helping those sick and in need, as well as someday educating future nurses.

Grace is also featured in this project from The Chronicle of Higher Education: http://chronicle.com/article/On-Being-Undocumented/230243/