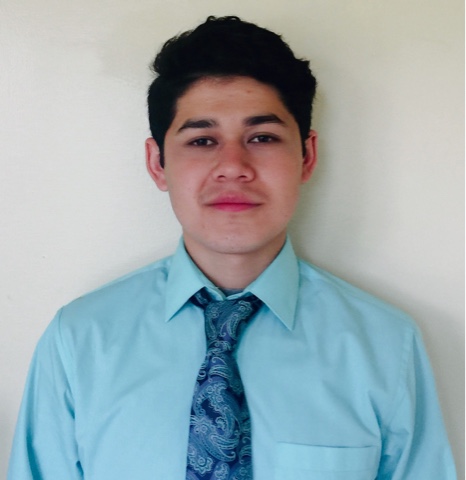 “It’s always been my dream to go to college…it’s an experience of being in a place where you’re going to find new people — more people that are just like you and believe in the same things you do. Knowing that college is going to change your whole life after it — that’s what drives me.”

Ilder Gudiel Garcia will be the most excited freshman on the Annandale campus at Northern Virginia Community College when fall semester starts. Through TheDream.US scholarship, Ilder is getting the chance to earn an Associate’s degree before transferring to George Mason University to earn his Bachelor’s in Health Administration. His ultimate goal is to work in a hospital as a healthcare administrator. “I’ve always been into health stuff, but also business. That’s what I’m passionate about,” he says. 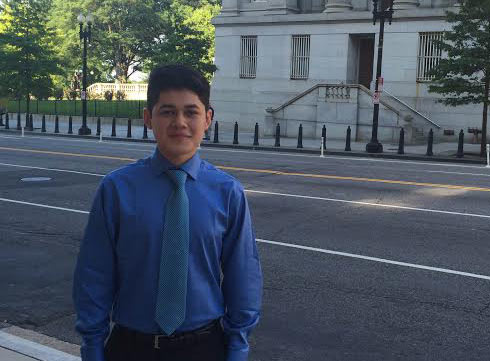 But how did this dream start?

Ilder was separated from his entire family at age five. His parents and siblings left their native Guatemala in search of better opportunities in the United States. “We were a poor family, and my parents wanted me [and my siblings] to have a better future,” he explains. Ilder stayed behind with an aunt in their small village for two years, and was finally able to reunite with his family in Virginia at age seven.

At Falls Church High School, he kept his status a secret in fear of being made fun of, but he was friends with other DREAMers without knowing. “A month ago, I found out that one of my friends is a DREAMer just like me. When we were signing up for classes at NOVA, she went to my pathways counselor and she said, “What do I do if I have DACA? How do I change my out-of-state tuition to in-state tuition?” And that’s when I knew she was a DREAMer just like me. And she never told me, just like I never told her, either,” he says.

Ilder describes high school as “a really good four years” in which he established himself as a very involved and dedicated student. He says, “I did track and cross-country… Spanish Honors Society, Spanish Club, and the Forensics Club.” He was also part of the Muslim Student Association and the Asian Student Association. “I joined those clubs because I felt that I would fit in the community because we were minorities even though we were from different races. Lots of them joined the Spanish honor society even though they weren’t Hispanic. Our school was and is very diverse, we all got along and didn’t discriminate,” he explains. He hopes to continue on this same diversified path in college. When asked what inspires him to pursue the medical field, he talks about helping the community: “I noticed that Hispanics don’t really know much about healthcare. I’ve gone to community centers around my neighborhood where they help Hispanics [with] any type of healthcare issue, like insurance, and… from what I’ve seen, they’re really clueless about it. By becoming a health administrator, I can support people, tell them what they can do about healthcare issues and other stuff.”

His three older siblings are all excited and tremendously supportive, since he will be the first in the family to go to college. They told him, “Since we never had the chance to go to college, make us happy. We’ll always be there for you… If you ever need something, tell us. We’re here to help you.” This sentiment is echoed by his parents, who told him, “Do your best. We will always be behind you. And never give up.”

His advice to other DREAMers is simple: put yourself first.

There’s no way everyone in the world [is] going to like you or believe in your ideas; all you have to do is believe in your own self and do what makes you happy… There’s always going to be people who will judge you for anything you do…[but] it will make you stronger to do what you believe in and what you want to do,” he says.

Now that the financial burden has been lightened thanks to TheDream.US scholarship, Ilder is staring down a new challenge but remains confident. He says, “What I have always thought about before I got the scholarship was paying for college. But now that that issue is gone, what I’m more worried about is, how am I going to pass math classes? …But everything else, I’m good about it. I know I can do it.”

On July 23rd, 2015 Ilder had the honor of attending The First Lady’s Reach Higher summit called “Beating the Odds”, held at the White House. The day’s events centered around a panel discussion featuring The First Lady herself, as well as Secretary of Education Arne Duncan and performing artist, Wale. Students also participated in breakout sessions to explore the tools and strategies needed for a successful college experience, before being treated to a performance by Wale to close out the day. Ilder is featured here: http://bit.ly/1SMNn43