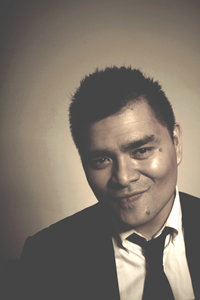 Jose Antonio Vargas is an award-winning journalist, filmmaker, and the founder of Define American, a media and culture campaign that seeks to elevate the conversation around immigration and citizenship in a changing America.
In June 2011, the New York Times Magazine published a groundbreaking essay he wrote in which he revealed and chronicled his life in America as an undocumented immigrant, stunning media and political circles and attracting worldwide coverage. A year later, he appeared on the cover of TIME magazine internationally with fellow undocumented immigrants as part of a follow-up cover story. Since then, he has testified at a Senate Judiciary Committee hearing on immigration reform, and written and directed “Documented,” a documentary feature film on his undocumented experience. It world premiered as the centerpiece of the 2013 AFI Docs film festival in Washington, D.C. and will air on CNN in summer 2014.
He’s written for daily newspapers (Philadelphia Daily News, San Francisco Chronicle) and national magazines (The Atlantic, Rolling Stone) and was a senior contributing editor at the Huffington Post. At the Washington Post, he was part of the team that won a Pulitzer Prize for covering the Virginia Tech massacre, and his 2006 series on HIV/AIDS in Washington, D.C. inspired “The Other City,” a documentary feature film he co-produced and wrote. It world premiered at the 2010 Tribeca Film Festival and aired on Showtime. That same year, he wrote an exclusive profile of Facebook founder and CEO Mark Zuckerberg for the New Yorker.
He has appeared on several national and international television and radio programs, including Nightline, The O’Reilly Factor, and The Colbert Report.