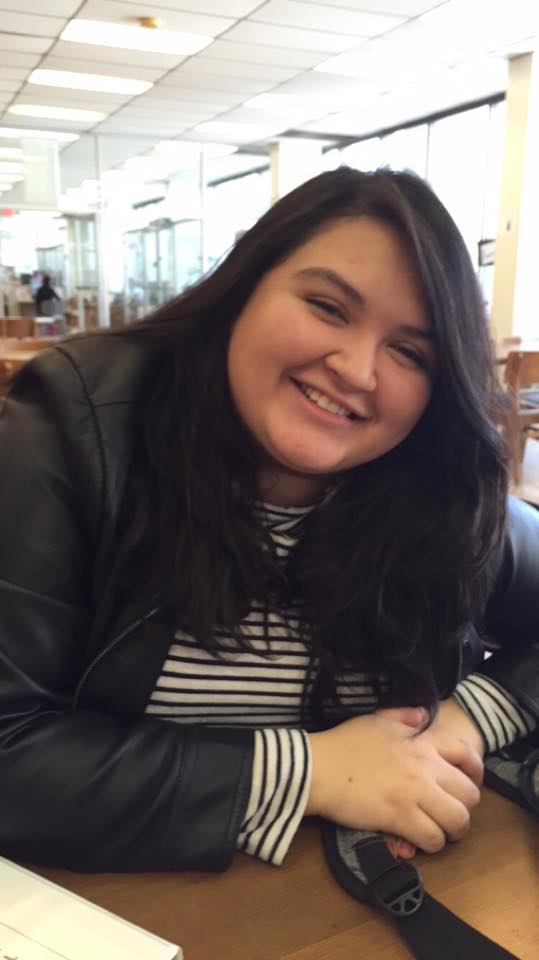 For DREAMer Marisela Tobar, persistence has been the key to her success thus far. A nurturing high school environment and an enthusiastic mentor also made the difference.

At age five, Marisela came to the United States from San Miguel, El Salvador with her parents and older brother. She says, “My parents wanted us to find better educational opportunities because going to school in El Salvador is very difficult and costly. Public schools are very bad; and we were starting to see an increase in crime.”

The family settled in Silver Spring, Maryland, and by the time Marisela entered Montgomery Blair High School, she was in her element. “I really loved my school because I could interact with so many people from different views, different races, and different economic statuses.”

She had been aware of her undocumented status from a young age and experienced a traumatic period of immigration raids in the area where she lived. During this time, she feared that her father would be deported. The negative representation of immigrants in the media also had an upsetting effect.

Despite the diversity at Montgomery Blair, Marisela still felt largely alone as a DREAMer. She says, “When I entered high school, I didn’t speak about my undocumented status just because I didn’t think anybody cared. I was ashamed of it, too.” However, in her junior year, Montgomery County Public Schools joined with Montgomery College to create a program for students in high school that were going to be first-generation college students, who without help would not be able to attend.

This was how Marisela connected with an academic counselor, Mr. Medrano, who became her mentor and helped her to be more open about the subject. “From our meet and greet, we clicked and we were on the same page. He’s super enthusiastic, super passionate and determined.”

In spring 2014, Marisela was awarded the scholarship and entered Trinity as a freshman that fall. At Trinity, she appreciates the professors and faculty who are openly supportive of DREAMers, as well as the bond between the other DREAMers on campus. She says:

We have a sisterhood, honestly. We have the same ideas, we are motivated, and we want to work. We have so much in common, we have struggled so much. I don’t know how I would be without that type of community.”

Now a sophomore, Marisela is focused on elementary education as her major, because of the significant impact that teachers and counselors have had in her life. “They’ve helped me not only academically, but they’ve encouraged me. They’ve always seen my potential. They’ve seen how motivated I can be, but also, I can get discouraged easily. They push me on, and that has left an impact on me,” she says.

Marisela is hoping to provide the same kind of crucial support and mentorship to other kids. “I love seeing a student with a smile on his face because he learned something today. That’s so beautiful.” From her own experience being part of an immigrant family, Marisela also knows how important it is to engage not only with children, but with their Spanish-speaking parents who struggle with English.

Marisela’s own parents, who never got the chance to attend college, are grateful for TheDream.US. “This was exactly what my parents wanted. They wanted me to be in college. That was the dream for them, too. But I knew that finding the money to go to college was going to be difficult. I feel so blessed.”

Now, her advice for other DREAMers is “very clichéd, but true: you are not alone. There’s probably another DREAMer in your school that is going through the same thing, and is as lost as you are…

Don’t be afraid to face the reality of being undocumented, but also don’t be discouraged by it. Keep going and do your best. Don’t let your status stop you from anything.”