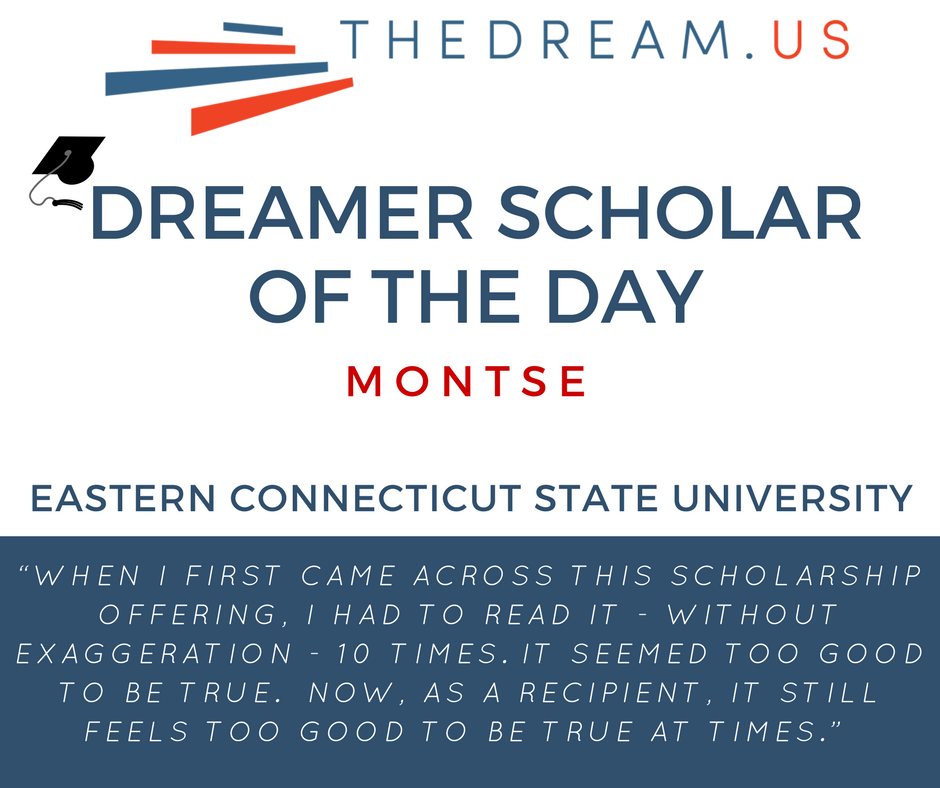 Montse, 18, from Indian, born in Mexico

With my college education, I hope to help others who are, in many ways, cast aside by society, and even their families, for being different. Specifically, I hope to help support LGBT youth by addressing and combating the systematic trend of LGBT homelessness. I believe that growing up as an undocumented immigrant in this country has shaped me and afforded me a very specific and deep empathy for marginalized populations such as LGBT youth. It is, after all, my belief that every person has a place here and every person deserves opportunity. I hope to continue to live out this mission as a college graduate. When I first came to this country from Mexico as a three-year old with my parents, my mom says I couldn’t and wouldn’t speak many words other than “ama” and “leche.” Then, once my mom put me in Pre-K classes, she says I started speaking fluent Spanish and English, after going to school for just three days. Now, I read, write, and speak fluently in both languages, and I don’t remember having much trouble switching between languages while growing up. America, then, is the only home I’ve known. That’s not to say it was always easy, and that there weren’t complicated adjustments outside of language. When I was in fourth grade, my cousin called me a “wetback”, even though he was also undocumented and born in Mexico just like me. I then asked my mom what this name meant, and she was upset but calmly explained to me – for the first time – the ins and outs of what it meant to be undocumented. Looking back, I realize my cousin was resentful and jealous, because I was able to translate with ease for my mom. This was an important part of growing up for me. My parents had risked so much to come here, and I felt that being able to translate for my mother was a small way to show my appreciation for that risk. It also shaped my unique experience growing up here, and made me stand apart – in a good way – from my peers. Overall, then, I was praised (and still am) for my bilingual abilities. I had to take ELL courses until 5th grade, but never after that. Growing up in America, being bilingual is often celebrated, and I feel enormously grateful for that recognition. My brothers didn’t always enjoy that same kind of recognition, though. One is nine years old and the other 15. While they both were born here, they have faced significantly more discrimination than I have. My parents and I think it is because they have darker skin tones. Even though much of my childhood was positive, I was still very afraid to share my immigration story with anyone. I first began to share it with my friends and a few teachers last year, during my senior year of high school. Even then, I was scared to tell them because of the heightened racial tensions brought on by the 2016 presidential election.It felt good being able to open up to
people about my immigration status, though, and it was nice that it was received with such support. This kind of support, together with TheDream.US scholarship, has helped me get where I am today as a college student at Eastern Connecticut State University. When I first came across this scholarship offering, I had to read it – without exaggeration – 10 times. It seemed too good to be true. Now, as a recipient, it still feels too good to be true at times.