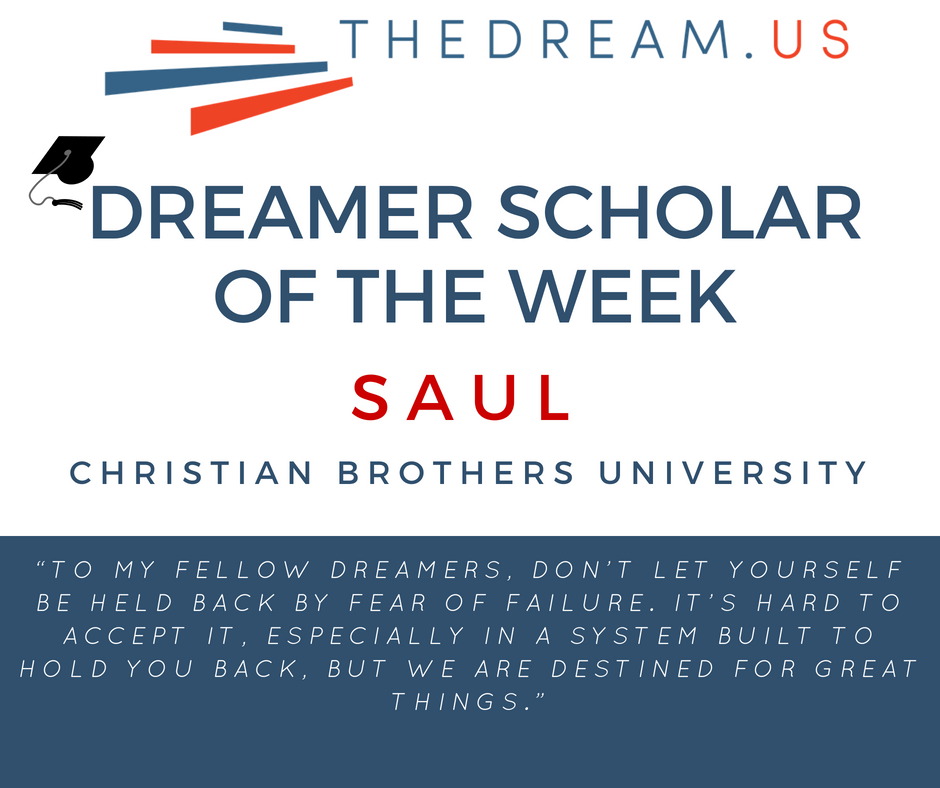 Saul, 18, from Georgia, born in Venezuela,

DREAMers and undocumented immigrants are humans, and, as humans, we have a right to access a higher education, if we work for it. To my fellow DREAMers, don’t let yourself be held back by fear of failure. It’s hard to accept it, especially in a system built to hold you back, but we are destined for great things. My older brother, thanks to the Deferred Action for Childhood Arrivals program, was able to graduate college with a double major and become a middle school teacher. My little sister, a U.S. citizen and a brilliant little eighth-grader, will, hopefully, face fewer obstacles. My family came to Georgia on valid visas that we then overstayed. We should’ve sought asylum, but by the time my parents realized their mistake, the window had closed. My parents were bankers in Venezuela and had recently purchased their first home, when my father decided to visit the United States. Now, they scrub toilets and vacuum floors. To this day, my brother, sister, and I attend every important appointment with my parents to help them translate. Migrating to the United States was the right decision for my family. I had access to opportunities and safety that I never would’ve had in Venezuela. But, it came with a hefty price tag. It’s hard to imagine having your college degree revoked or discounted, but that was my parents’experience when they came to the United States. Despite being college educated and graduated, they were ineligible to use their educations for higher paying jobs because of their immigration status. Instead, they founded their own business and cleaned houses. I grew up half American and half-Venezuelan, but in the end, I’m not truly either. I had to view my culture and heritage through a keyhole; I didn’t have any family other than my immediate; and I was warned to do better and work harder than my American-born friends and to always, always be careful. I’m American in all ways but legally. I was raised here since the first year of my life, and I’ve never even had the opportunity to visit my birth country. In eighth grade, my parents explained to me that we were undocumented, but I didn’t comprehend the severity of the situation. Junior year of high school, I realized the weight of word. College was a faraway, unattainable dream. The odds were overwhelming stacked against me. Then, President Obama introduced the Deferred Action for Childhood Arrivals (DACA) program. DACA allowed me the access that my parents had been denied — to better jobs, to a driver’s license, and to continued education. Most importantly, DACA qualified me for TheDream.US scholarship. A program that I originally heard about through Telemundo, during a DREAMer rally. I saw the DREAMers
marching and protesting for their rights. I admired their spirit and fight for the rights of undocumented students – just like the civil rights movement. Now, throughout college and after, I plan to continue that fight by volunteering at charity events to educate the unknowing masses about immigration and by giving back to TheDream.US –a program that helped me overcome the many obstacles between me and a college degree.